Why your photographer can be your best friend when you are planning to propose to the one you love!

Keith was precise in his vision of how he would like to propose, it was a pleasure for us to work on creating his dream moment! While this wonderful couple planned on staying at the St. Regis; a stunning resort we are very intimate with, a magnificent property with so many prime romantic spots for him to propose.

We explained the different ways we could approach the photography, doing it during a photoshoot which is the easiest as it provides an excuse for the bride to be to dressed up, it is also easy for us to distract the future bride so she remains un-suspecting of the magical moment.  This also allows us to be properly positioned, usually shooting with two cameras to have the perfect angle and capture the future bride’s expressions.

After mostly communicating via email, we were set on a date and how we were going to proceed that very special day on the St. Regis Property.  After a period of time, Keith called me “Stephan, what if I wanted to do something even more romantic than what we planned?” – Having had the chance to become intimate with Bora Bora as well as other islands or Atolls, I suggested we then move the scene to Tupai!  I think at first Keith understood Dubai!

I reassured him we would not have to travel that far, I explained to Keith that Tupai was deemed one of the most romantic Atoll in the world for its hear shape from the air.  It is a pristine Atoll, with gorgeous beach and deserted of people, really an incredible intimate spot; a gift of mother nature!  After sending a few photos to Keith, we were on for this new plan – It was such a pleasure for us to work on helping him create this dream moment!

The plan then evolved to become a “secret” proposal in Tupai! 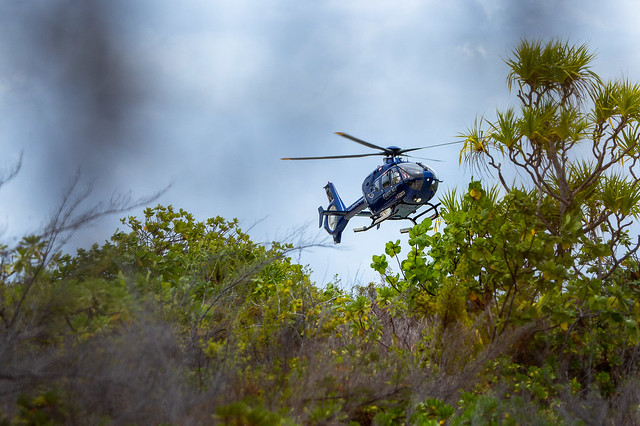 Taken from a distance, Keith and Teri landing in Tupai

The final plan was to have us photograph the magical moment “paparazzi” style, Keith wished for to be remain unseen while they arrived in Tupai and to the moment he would propose!  To fulfill Keith dream and truly make this moment the most romantic and memorable of their life,  we also hired a dancer and a musician to play “Perfect” by Ed Sheeran.

Here is how it went down!

After 3 months of planning the details, working with Keith but also Tahiti Nui Helicopter, the date was finally here and at this point we had not yet met Keith or Teri – We just knew this was being to be an incredible & emotional moment!

We, the dancer, musician, Bonnie and myself departing from “Pago Pago” on the main Island of Bora Bora for a short flight to Tupai.  The location of the proposal had been carefully planned with TNH, upon landing on the pristine beach of Tupai, we worked out a few more details with the Pilot.

The helicopter left Tupai to go pick up Keith and Teri at the St. Regis prior to returning.  It was finally happening!  We knew we had approximately 45 min to set up and get ready, Vaiana & Bonnie proceeded to set up a heart shape decoration made of a palm tree branch we freshly cut on a tree and cover it with fresh flower petals.  Hemiti, our musician and singer worked on setting up his speaker and guitar, all covered with vegetation so it could not be seen from afar.

Last min briefing, we found an ideal spot for Vaiana behind a think bush where she would be hiding.  Bonnie was set up behind another think bush with a video camera where she would be able to capture the entire scene without being seen.  Heimiti was on stand by hiding, I was carrying two cameras with long lenses and also picked a hiding spot where I could capture some of the landing as well as them walking on the beach on their way to the heart shape awaiting them on the beach.

They finally arrived and landed in Tupai, none of us or the set up could be spotted from the air (we also had planned for the pilot to approach without flying over us).  The pilot kindly give direction to them to which direction they should walk.  Upon approaching the spot where Vaiana was hiding, she came out and greeted them with a Lei each – She asked them to follow her, getting closer to the magical spot; it was then Heimiti’s turn to come out and to grab his guitar to start playing – They were still 40-50 yards away but the music could cleary be heard. 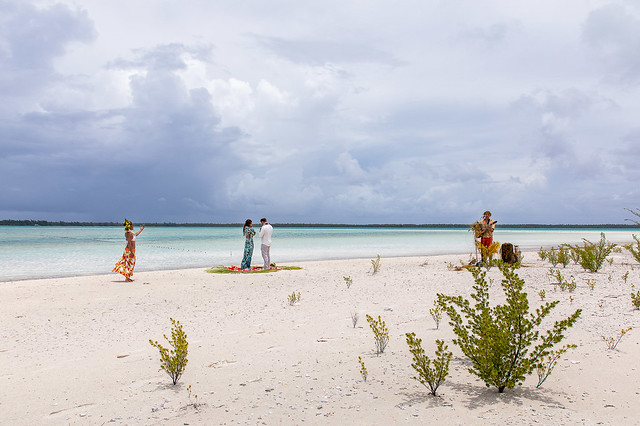 They each stepped into the heart, I think at this point Teri started to suspect this was no ordinary escapade to Tupai!  Indeed it was not!  Vaiana kept on dancing, Heimiti playing Ed Sheeran and I kept on taking photos without being seen!  After much waiting, Keith finally went down on his knee and ask these magic words he long had been waiting for!  We finally approach them to congratulate them, our pilot served them a nicely chilled champagne flute for them to toast and immortalize this magical moment. 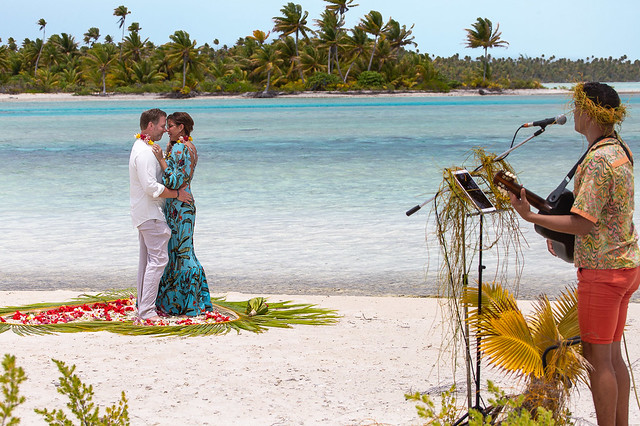 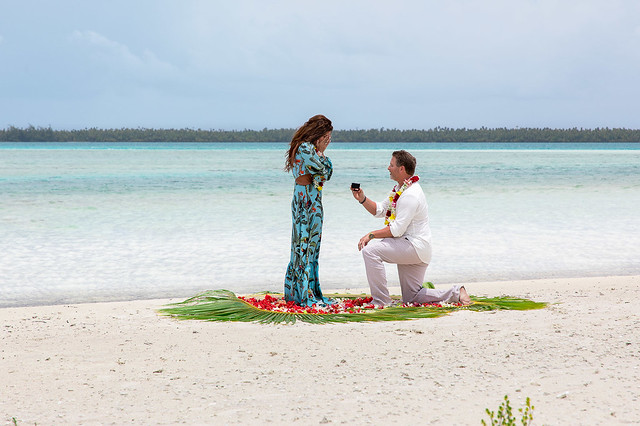 While we have had the honor and pleasure to photograph and witness many proposal, this was was beyond extraordinary!

Contact us today and find out how we can help you! Check our Tupai Shooting page – Visit the TNH web site

I wish  of course to thank Keith for having trusted us, Teri his future bride who is so kind but also our team made up for this day: Vaiana our fantastic Tahitian Dancer, Heimiti from Oa Oa Lodge, my wonderful wife being the video camera, Damien our Pilot and the extraordinary team of TNH which helped us planned this magical day! 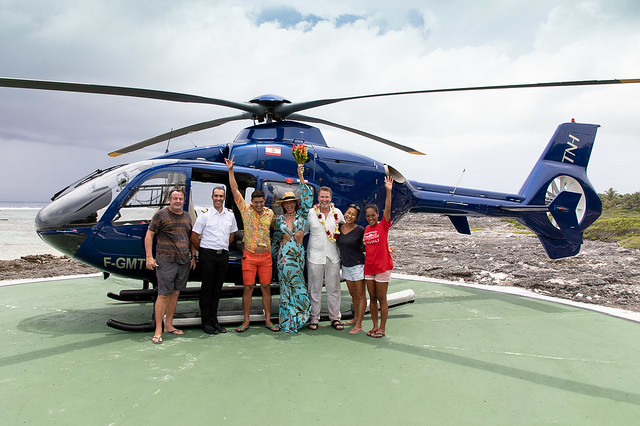 With tears of joy, back at the St. Regis Bora Bora

Stephan and his team went above and beyond! It was a surprise proposal and they were exceptional! They are part of our love story. The photos were edited and ready to download the next day and we very responsive! Thank you so much Stephen and Bonnie.