While the official site for tourism is https://tahititourisme.com/ we find the information is slow being updated while Air Tahiti Nui seems to do a better job at updating their site, the information also seems clearer https://www.airtahitinui.com/us-en/french-polynesia-entry-requirements-air-tahiti-nui

As an ex-flights attendant for 25 years, Bonnie is well traveled.  Today, we both enjoy tying work and leisure working in the US where I am from and Hong Kong visiting Bonnie’s family and friends several times a year.  (Pre Covid-19 anyway)

Over the years operating here, we have met couples and people from all all over the world – As far as Siberia!  We have met client’s who were not given the best information and their trip could have been better.  For those of you wishing or planning to travel and visit French Polynesia and Bora Bora, we hope this information will be helpful to some of you.

You may also find this free guide produced by Tahiti Tourism useful.

In pre Covid times, flights were available from the following cities – As of today, some routes are closed and flight schedule and departing cities can change frequently

Depending on the airline, there are night & day flights – Being on a night flight out of SFO or LAX will allow you to arrive early morning in PPT and thus transfer to Bora Bora (BOB) the morning you arrive.

The day flight out of SFO or LAX means you will arrive in PPT later in the afternoon and you will have to spend a night in Tahiti. Many travelers will choose to stay at the Tahiti Airport Hotel conveniently located across the airport – Although you can walk there, we would suggest getting a cab. We stayed there many times but now opt to stay at a wonderful AirBnb near the airport – Ask us as Paola is not always open!

Note: Buying one way fares with either Frenchbee & United is not anymore costly than buying a round trip ticket – You might sometime be able to play with this fact and use one airline coming to PPT and the other to return to opt for a night flight and avoid having to spend a night in Tahiti.

For the return to the US, most visitors will leave their resort sometime in the afternoon to arrive in PPT early evening to catch the night flight to the US. The resorts will get you on time to the Bora Bora airport based on your scheduled flight back out of Papeete – No worries.

Frequency used to be twice a week with a morning arrival in PPT.

Complex trip from Chile via Easter Island, not many flights and most travelers from South America will transit via the US.

PLANNING YOUR TRIP TO BORA BORA

If you have never traveled to French Polynesia, you might want to consider working with a Travel Agent – We personally collaborate with Lois, owner of Tahiti Adventure – Not only Lois is a Certified Agent for the destination but she is also from French Polynesia and lives in the US.

Don’t be fooled by the Myth that it costs more to work with a Travel Agent, depending on their buying power, they will often get you perks you would not have got by booking by yourself. 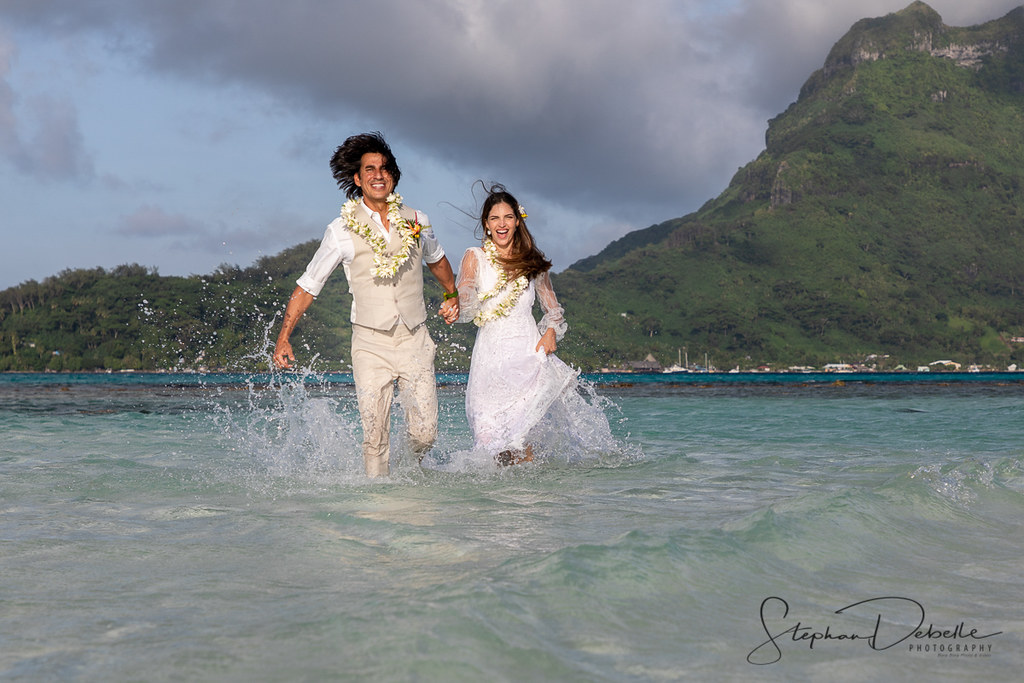